This is the monthly meeting of the Davidson County Democratic Black Caucus. Come meet county leaders and your elected officials, and hear what's going on in our county. 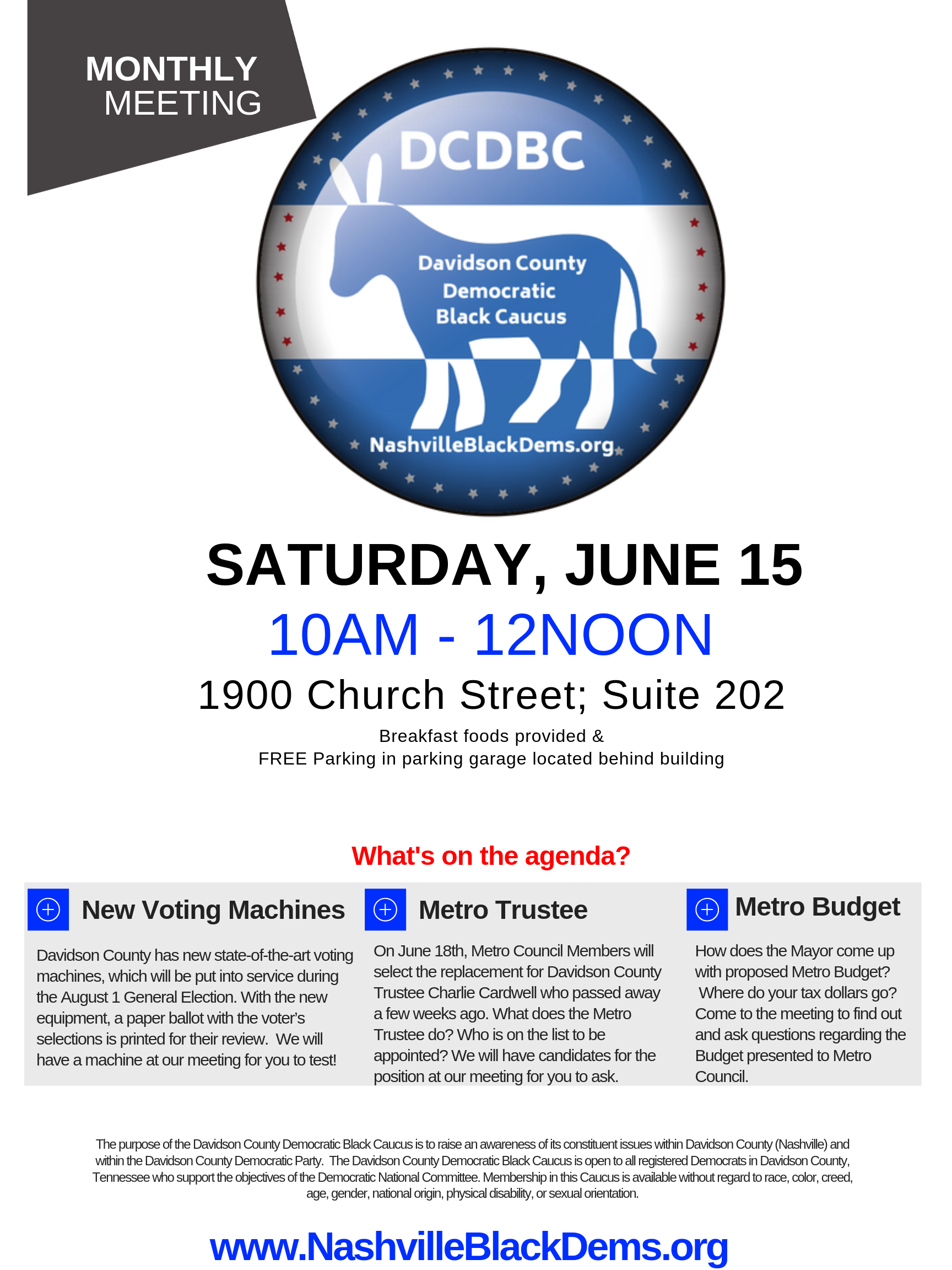 (1) Davidson County has new state-of-the-art voting machines, which will be put into service during the August 1 Metropolitan General Election. With the new equipment, a paper ballot with the voter’s selections is printed for their review.

(2) On June 18th, Metro Council Members will select the replacement for Davidson County Trustee Charlie Cardwell who passed away a few weeks ago. Charlie had served as the Metropolitan Trustee since 1993 had just been re-elected to his 4th 6-year term.

The Office of the Trustee is a Constitutional office that was established as a tax collection agency for each county in the state of Tennessee. The Trustee in Davidson County collects Real Property, Personalty and Public Utility Taxes.  This office also administers the State of Tennessee Tax Relief Program,Tax Deferral Program, Tax Freeze Program, collects and processes Delinquent Taxes, Central Business Improvement District Taxes, Gulch Central Business Improvement District Taxes and Vegetation Liens.

We have invited the persons who have expressed interest in serving as the Metropolitan Trustee for Davidson County to our meeting to discuss why they would be the best person for the job.

(3) During our meeting, we will also discuss the Mayor's budget proposal and what it means for the citizens of Davidson County.  We have invited representatives from the Mayor's office to share with us the vision of the proposed budget as well as go over the next steps in the budget process.

Please check your e-mail for a link to activate your account.